Join the Conversation: The Strategy for Change and the future of evidence synthesis in Cochrane

Each month, Cochrane's Editor in Chief hosts an interactive webinar for Cochrane members and supporters. It is an opportunity to hear more about Cochrane’s Editorial & Methods Department’s (EMD) strategic plans and their implementation by senior editorial staff, as well as learn about work being done by Cochrane Groups from around the world. These webinars are recorded to share with those who are not able to attend. 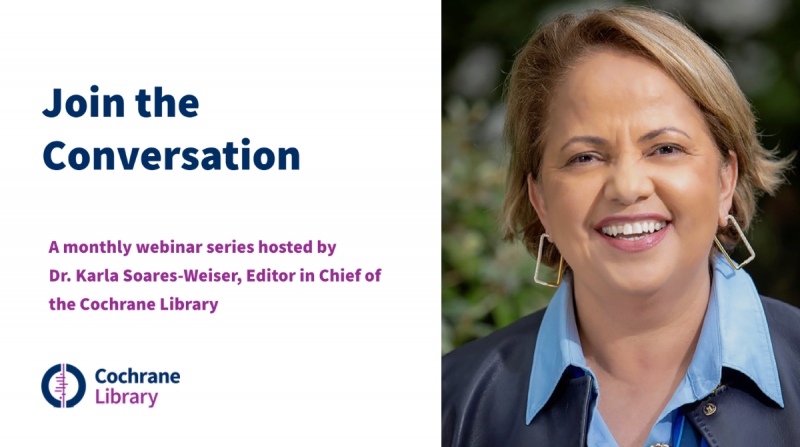 The September 2021 webinar included an introduction to Cochrane's Strategy for Change and a presentation regarding the future of evidence synthesis in Cochrane. The webinar was hosted by Tracey Howe and Catheirne Marshall, Cochrane's Governing Board Co-Chairs. Recordings of the webinar presentations are available below. A summary of the Q&A at the webinars is available here.