What proportion of Cochrane Reviews are Wiki-compatible? 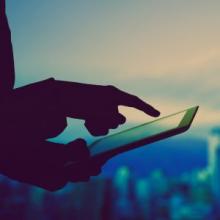 Clive Adams, Co-ordinating Editor of the Cochrane Schizophrenia Group, and Douglas White, medical student, carried out a research project to assess what proportion of Cochrane Reviews are ‘Wiki-compatible’. Read on for an update on what they found out.

Wikipedia is accessed every day by people from all over the globe. Cochrane has recognised it as a key tool for dissemination of evidence and is working together with Wikipedia.

But…how many existing Wikipedia pages are suitable for insertion of evidence from any given Cochrane Review? Just as all Cochrane Reviews would potentially fit into a page focused on ‘health care’, all Cochrane Schizophrenia Group (CSG) reviews could fit into a page on ‘management of schizophrenia’. However, such seeding of general pages with huge amounts of evidence would defeat the goal of providing succinct information.

We investigated how many of the 200 CSG reviews would have a Wikipedia page that is both specific and appropriate upon which to ‘land’.  Reviews with relevant but less appropriate Wikipedia pages – in which, for example, the intervention was mentioned but only briefly among others – were also identified, as well as reviews with no obvious Wikipedia page.

Out of 200 reviews, 97 (49%) had an obvious Wikipedia ‘landing’ page and a further 47 (24%) were associated with a page that was of potential relevance but was less appropriate. 56 (28%) reviews had no obvious Wikipedia ‘home’. Of the 144 (72%) CSG reviews with at least a potential Wikipedia ‘landing’ site, 76 (53%) had Summary of Findings table(s), which can be a source of succinct evidence for a new Wiki-compatible table.

Creating brand-new pages for the 61 ‘homeless’ reviews would be time consuming.  Expanding or creating a new page for the 47 reviews with a relevant, but not necessarily appropriate, existing ‘landing’ would require less work. Using the Summary of Findings data, entirely rewriting and formatting for the wider readership of Wikipedia takes a little time – but not much. Many of Cochrane’s Reviews are Wiki-compatible right now.

Do you have a Cochrane-Wikipedia project or other relevant resources that you think we should share? Please let us know!