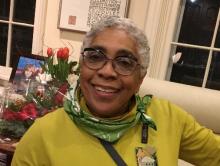 The Anne Anderson Award recognizes a female member of Cochrane who has made a significant contribution to the enhancement and visibility of women's participation within Cochrane. The winner then designates the cash award to assist a woman from a low-resource setting with her Cochrane activities. Here the winner of the 2018 cash award reports back a year later.

The Award recipient receives a plaque from Cochrane honouring her contributions at the annual Colloquium. She then designates the cash award of 3000 USD to assist a woman from a low-resource setting with her Cochrane activities, who should eventually provide a brief written report on how the funds have been used. 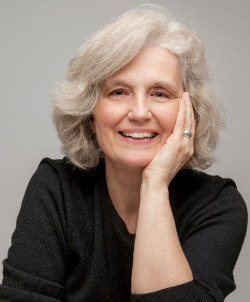 Janice Bowie is an organizer of Consumers United for Evidence-based Healthcare (CUE), a coalition of nearly 50 consumer and consumer health groups, in the United States. A mission of CUE is to promote the health of populations and the quality of individual health care by empowering consumers to make informed decisions based on the best current evidence. Janice's goal for CUE is to enhance the health equity perspective, including in Cochrane evidence. In CUE, populations are engaged as partners through CUE’s Clearinghouse of research and policymaking opportunities, e.g., research participation, guideline development, and peer review.

Consumers contribute to many Cochrane reviews already and will contribute even more under Janice’s guidance.  For example, CUE consumers are interested in whether studies have included patient-important outcomes and how the totality of the evidence contributes to equity across populations. Janice’s area of research specialization is minority health and health disparities in the context of qualitative data. Janice will use the awarded funds, plus a matching gift, to engage consumers in participating in Cochrane reviews.

We spoke to Janice to find out her plans for the prize money.

How did receiving the prize money help you personally?
The prize money will help fund efforts to train and engage consumers in the United States as peer reviewers of Cochrane systematic reviews.

What are your future plans?
My goal is to increase the awareness of evidence-based healthcare and Cochrane among consumers in the United States. Specifically, my next steps are to promote engagement of priority populations (eg, racial/ethnic minorities, older adults, women) in research by providing training and facilitating partnerships.

What is your message to people thinking about submitting a nomination for the Anne Anderson Award?
I encourage people to consider nominees who are committed to the importance of consumer engagement in research and serve as an example to others in regard to their own consumer engagement practices.

To find out more about the Anne Anderson award, please visit https://colloquium2019.cochrane.org/anne-anderson-award