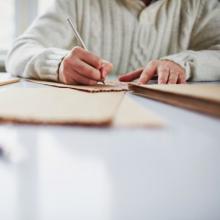 The Cochrane Editorial Unit is pleased to announce that the third funding round of the Cochrane Review Support Programme (CRSP) pilot is now open. There have been some changes to the application guidelines and form:

1.    Applications for titles that have been funded through alternative sources will be accepted. The additional funding source(s) must be declared, along with a brief explanation of why CRSP top-up funds are required
2.    All successful reviews must be submitted for screening by the CEU prior to publication
3.    The word limit for the scientific/policy justification section has increased slightly to 350 words.

Key features of the programme:
•    All Cochrane Review Groups (CRGs) may apply for the awards.
•    CRGs may nominate no more than two titles – either new reviews or review updates – from the July 2016 version of the Cochrane Priority Review List. Titles added to the list after July 2016 cannot be proposed for this funding round.
•    10 grants of £5,000 each will be awarded.
•    We will aim to decide the list of successful reviews and to have notified the applicants by mid-December 2016.
•    Reviews must be published a maximum of 13 months after the awards are notified.

Cochrane recognizes that these awards are insufficient to meet the full costs of conducting reviews; rather, they are intended to facilitate and possibly accelerate publication of high priority reviews that are already planned or underway.