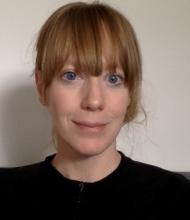 "This award means so much to me. I never had the pleasure of meeting Chris Silagy but over the years have heard just how insightful, creative and above all collaborative he was. I have been so fortunate to work with many inspiring and dedicated colleagues, not least my wonderful nominators whom I thank so much for this, as well as the Cochrane Dementia Group (past and present members), the Cochrane Information Specialist community and of course the Cochrane Crowd team.

I think I have the best job in Cochrane because not only am I able to work with so many brilliant people, I also get to work with the Cochrane Crowd community, without whom I would not be getting this award. This community has amazed me from day one. It has proved to me time and again that working together towards common goals can produce amazing results. We live in unsettling times, yet this community shows me on a daily basis some of the best of what we humans have to offer: intellectual curiosity and integrity, generosity, incredible attention to detail and a shared commitment to help turn information into knowledge and wisdom. Thank you Cochrane Crowd."

Anna works within Cochrane as the Information Specialist for the Cochrane Dementia and Cognitive Improvement Group (CDCIG), a Member of the Cochrane Information Specialist Support Team, and Manager of Cochrane Crowd; all of which are roles she performs with exceptional skill and commitment. Anna was awarded the Chris Silagy Prize for her work in establishing, developing, leading and being the heart and soul of Cochrane Crowd. Cochrane Crowd is Cochrane’s citizen science platform, a global community of volunteers who contribute to classifying the research needed to produce Cochrane Reviews and support informed decision-making about health care. Congratulations Anna, and thank you. 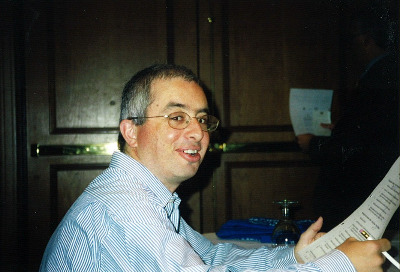 Sally Green, Co-Director of Cochrane Australia, and Philippa Middleton, researcher, are both on the Cochrane prize governing committee.  Here they answer some questions about the Chris Silagy Prize, which is awarded to an individual who has made an "extraordinary" contribution to the work of Cochrane which would not be recognized outside the scope of this prize. The Chis Silagy Prize is one of several prizes awarded annually at the colloquium.

Can you talk about your relationship with Chris Silagy? In your view, what impact did he have on Cochrane?

Chris was the foundation Director of the (then) Australasian Cochrane Centre. While Chris was on Fellowship in Oxford, Iain Chalmers recognized his potential to lead Cochrane in Australia on his return home, and together they helped to establish the Cochrane Australia in 1994. At this time it was based in Adelaide, with Philippa as Assistant Director. When the Centre moved to Melbourne, Chris recruited Sally and Steve McDonald to help build the presence at Monash. Sally had met Philippa and Chris as the first Australian Cochrane Fellow during a blistering 40-degree week in Adelaide in 1999.

Why did Chris feel it was important for this fund to be set up?

Chris had long advocated that Cochrane’s success was due largely to the efforts, altruism and collaborative outlook of many people, often working in under-recognized roles. When he died of lymphoma in 2001, aged 41, Chris requested a fund be established to recognize and reward these individuals, and so the Chris Silagy Prize was established.

Why is this Prize so important to the work of Cochrane?

The inaugural Prize, awarded in Stavanger in 2002, exemplified Chris’s intentions when Jini Hetherington became the first recipient of the Chris Silagy Prize. There wasn’t a dry eye in the house. We love the Chris Silagy Prize not only as it remembers our friend Chris, but because it also provides a way of celebrating the special characteristics of the people who have been recipients. There is nothing else like it.

What were the judges looking for?

The selection panel is made up of Prize recipients. The criteria against which nominees are scored are:

What are prize recipients awarded?

Chris Silagy Prize recipients are awarded $AUD 1000 from a memorial fund held by Monash University. In addition, they receive a certificate, and Cochrane meets expenses associated with them attending the next Colloquium. The Prize is awarded at the Colloquium each year.