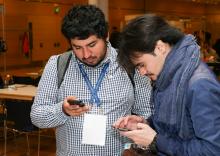 Evidence published in the BMJ suggests that tweeting out links to Cochrane Reviews increases ‘product placement’ of evidence, which has the potential to then influence care. Members of the Cochrane Schizophrenia Group conducted a randomized controlled trial to see whether sharing Cochrane Reviews on Weibo and Twitter affects visits to Cochrane evidence pages, as well as secondary outcomes such as time spent on page. They found that there was more time spent on the target site, and that users stayed longer on the page. They didn’t find that China (where they use Weibo) was any more or less effective compared with the rest of the world.

"Twitter is a powerful platform to scientifically disseminate information about reviews. There is clear evidence from our one small trial that tweeting increases visibility of the evidence – even for topics that have been dormant for a while. People using Twitter not only visited more Cochrane evidence pages; they also had more in-depth interactions while there. Hopefully this will lead to better-informed consumers and clinicians," says Dr. Mahesh Jayaram, lead author of the trial. "More trials evaluating other social media platforms are needed; our second Twitter trial is now well underway, andh trials using other social media platforms are under development."

While there is more research to be done, this work provides a great reminder to Cochrane Groups about the power of disseminating your evidence through social media. Here are some resources to assist you: