Cochrane at the WHO: Identifying and charting the impact of Cochrane evidence 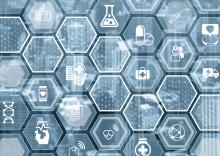 'Cochrane at the WHO' is a blog series that highlights the partnership between Cochrane and the World Health Organization. If you would like to share a story about how your Cochrane Group is working with WHO, please contact Emma Thompson, Advocacy and Partnership Officer.

In this blog post Emma Carter, Selena Ryan-Vig, and Anne Eisinga from Cochrane UK talk about the WHO Model List of Essential Medicines.

At Cochrane UK our programme of work includes identifying and charting the impact of Cochrane evidence. Beyond auditing the use of Cochrane Reviews in guidelines and other evidence-based guidance, we are also interested in tracking policy documents where Cochrane Reviews have contributed evidence to decision making for preventing harm or for promoting health and wellbeing.

One such project involves monitoring how Cochrane evidence is being used to inform decisions made by the World Health Organization (WHO) in devising the WHO Model List of Essential Medicines. This list is designed to guide nations in their selection of medicines to be made accessible in order to address the priority healthcare needs of their population. The medicines are selected on the basis of relevance to public health, evidence on efficacy and harms, and comparative costs.

We searched the full text of each report for the word “Cochrane” and noted the section and subsection in which evidence from Cochrane Reviews was considered, extracted the relevant text on the review’s findings, and categorized how Cochrane evidence influenced any resulting recommendations and decisions by the Committee.

Results
In total, 234 Cochrane Reviews from 45 Cochrane Review Groups (range 1 to 22 reviews) have been used to inform all ten reports of the WHO Expert Committee on the Selection and Use of Essential Medicines (range 2 to 67 reviews per report) published between 2000 and 2017.

* Two separate WHO Expert Committee Reports were published in 2007, both informed by Cochrane Reviews – the combined totals are given here.

* The Complementary Medicines List presents essential medicines for priority diseases, for which specialized diagnostic or monitoring facilities, and/or specialist medical care, and/or specialist training are needed. Medicines may also be listed on the basis of consistent higher costs or less favourable cost-effectiveness in particular settings.

Value of Cochrane evidence
These data indicate that Cochrane’s policy of regularly updating reviews to incorporate newly identified evidence, to locate unpublished research, to track ongoing studies, and to include rigorous assessments of the quality of evidence and risk of bias, seems to have been valuable to the WHO Committee’s decision making over the years.  For example, newly updated versions of previously used reviews have led to the original decisions by the Committee being altered in the light of review conclusions that have changed. Or their decisions have been deferred, awaiting the completion of randomized controlled trials, identified as ongoing studies in Cochrane Reviews.

Cochrane Review authors’ assessment of the quality of evidence using GRADE (Grading of Recommendations, Assessment, Development and Evaluation), a systematic approach to rating the certainty of evidence, has also enabled the Committee to gain a more nuanced confidence in the certainty of the findings and present an evidence-based rationale for their decisions on inclusion, deletion or rejection.

Responsible use of antibiotics
The current list, published in June 2017, aims, in particular, to optimize antibiotic use and reduce antibiotic resistance without restricting access to essential antibiotics. We found that Cochrane evidence on antibiotic efficacy and harms (in 17 Cochrane Reviews from seven Cochrane Review Groups) has helped to inform the Committee’s decision making on which antibiotics to use for common infections and which to preserve for severe conditions, to endorse current practice or to add new medicines to the list.

What next?
Our work is ongoing and we will be integrating data from the next report of the WHO Essential Medicines List due in May 2019.

We have also extended our project to include identifying the use of Cochrane Diagnostic Test Accuracy Reviews in informing the new WHO Model List of Essential In Vitro Diagnostics, published for the first time in May 2018 by the WHO Strategic Advisory Group on In Vitro Diagnostics (SAGE-IVD), covering tests for specific infectious diseases including HIV, tuberculosis, malaria, hepatitis B and C, syphilis and human papillomavirus as well as general laboratory tests. The second edition is expected to be released in May 2019 and is likely to cover tests for antimicrobial resistance, neglected tropical diseases, noncommunicable diseases, outbreaks/emergencies and sepsis.

Our plan is to send detailed data to Cochrane Networks and Review Groups on how evidence from their intervention and diagnostic test accuracy reviews has been used to inform decisions made to compile the respective WHO Essential Medicines and Essential Diagnostics Lists. We hope this might prove helpful to them when they are seeking to describe aspects of the impact of their research in their specialized areas of health care.