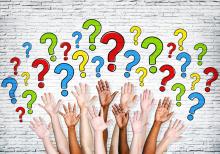 Katherine Jones, NIHR Network Support Fellow, looks back to the Cochrane-funded ‘Running on  Empty’ project led by Paul Montgomery and the Empty Reviews Project Group, more than a decade ago. Having initiated and completed an update evaluation in 2021, she considers findings in the context of the original project. Read more about the update project here, and the report’s top 3 ideas for future evidence production.

Sustainability is a key focus for Cochrane as the organisation looks to a new model of evidence production that addresses the global challenges of today and tomorrow. Reflecting on earlier evaluations, such as the ‘Running on Empty’ project could help us to learn lessons from the past as Cochrane navigates its way forward. Exploring how evidence production has changed over the last decade could also provide a new perspective on what a more sustainable future might look like. As such, the purpose of this update project, completed during Katherine’s NIHR-funded position with Cochrane, was to encourage more discussions about the value of empty reviews and their contribution to future evidence production.

So-called ‘empty reviews’ are those reviews that report no included studies. Katherine’s updated evaluation of the Cochrane Database of Systematic Reviews revealed a similar proportion of empty reviews about health topics as the original evaluation, and there were still substantial variations between Cochrane Review Groups. Meanwhile, the overall trend for first publications of empty reviews appears to have changed over the last decade. Read the full report here.

So, what are the top 3 ideas for future evidence production?
The update evaluation report suggests to 1) revisit the importance of the review questions in empty reviews in consultation with review authors and key stakeholders 2) consider creating a filter for empty reviews in the Cochrane Library to help identify evidence gaps and inform prioritisation. And  finally, 3) consider new streamlined formats for publishing empty reviews.