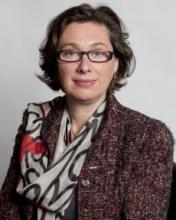 Governing Board member Jan Clarkson has been appointed as Honorary Treasurer from 1 September 2019, as previous Treasurer Catherine Marshall is now Co-Chair.

Cochrane’s Articles of Association provide the Governing Board with the power to make ‘Executive Appointments’ amongst its membership.