Congratulations to Dr. Cynthia Srikesavan, whose voluntary Cochrane translation work has been recognized at the University of Oxford’s OxTALENT annual awards. Cynthia has received the award of runner-up in the Academic Podcasting category, in recognition of High Quality Physiotherapy Evidence in Tamil.

Cynthia initiated one of two volunteer projects translating Cochrane evidence into Tamil in September 2014, and has been managing a team of volunteer Tamil translators and editors since then.

Cynthia’s work includes the translation of Plain Language Summaries of Cochrane Reviews into Tamil, and more recently, translating and recording Cochrane podcasts in Tamil. This work is published on the Tamil version of cochrane.org. The total number of Tamil translations published on cochrane.org has risen steadily from just 55 from January 2015 to almost 500 as of June 2016.

The effect of making Cochrane evidence available in Tamil can be seen in a significant increase in access to Tamil translations. The number of monthly page views reached a new high of 2,259 in April 2016, compared with 610 in January 2015. 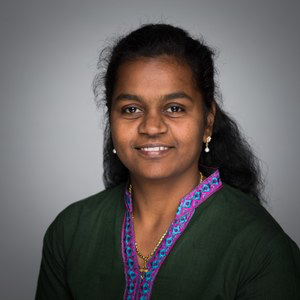 Cynthia has been tremendously generous in donating her time to Cochrane, working to improve access to reliable health information for Tamil speakers. Through that, she has made an outstanding contribution to Cochrane’s translation strategy.