Preventing overdiagnosis - from Barcelona to Seoul

Dr Ray Moynihan is Senior Research Fellow at Bond University and co-chair of the scientific committee for the international Preventing Overdiagnosis conference taking place in Barcelona in September 2016. In this blog post he invites you to Barcelona, and explores the growing interest within Cochrane in tackling the problem of too much medicine – being addressed in an increasing number of initiatives worldwide. 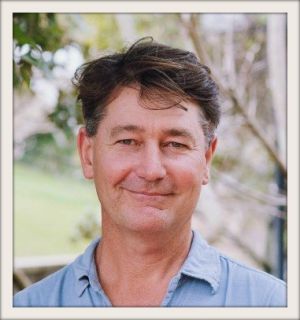 Just a month before Cochrane’s annual meeting in Seoul, the fourth Preventing Overdiagnosis meeting will happen in downtown Barcelona, 20-22 September – the first time in the Spanish-speaking world.  For those who haven’t been to any of the first three meetings, it’s well worth a look.

Like many Cochrane gatherings, the international Preventing Overdiagnosis conference is full of independent-minded and rigorous scientists, clinicians, consumers, and policy-folk from across multiple disciplines and as many nations.  For anyone who currently doesn’t have overdiagnosis and overtreatment on their radar, it might be time you did.

But even if you miss the Barcelona conference, there’ll be a big dose of overdiagnosis at the Cochrane Colloquium in Souel in October. This year’s opening plenary is focused solely on overdiagnosis. Australian Professor Alex Barratt will offer an overview of the magnitude of the problem, and Professor Jenny Doust is billed to talk about using evidence to combat it.

And the person giving the annual Cochrane lecture, Professor Paul Glasziou, will likely find it hard not to mention the threat to human health from overdiagnosis as he looks to the future of evidence-informed health care. The high profile of this problem of too much medicine in Seoul is not so surprising – co-chair of the Seoul Colloquium is Dr Hyeong Sik Ahn, who happens to be not only the Director of Cochrane Korea, but also another member of the scientific committee for the Preventing Overdiagnosis conference.

Many initiatives around the world are starting to address the problem of too much medicine. JAMA Internal Medicine is running Less is More, the BMJ is running the Too Much Medicine campaign, and the Lown Institute has launched Right Care. The Quaternary prevention movement is growing, Choosing Wisely is happening in more than a dozen countries; the Royal College of General Practitioners now has an overdiagnosis working group, as does the Guidelines International Network.

Given the feelings among many within the Cochrane community, it seems inevitable that the collaboration will likewise soon formalize its response to the problem of too much medicine. Somehow a sensitivity to the need to reduce medical excess will be built into the collaboration’s very infrastructure.  As one of the most respected, ,and independent players in healthcare, Cochrane is ideally placed to help address this mess.

As John Ioannidis and others have pointed out, too much of the “evidence” being synthesized in systematic views is corrupted by sponsorship from companies seeking to maximize markets – which we know tends to produce more favourable outcomes than independent research. The fact of that sponsorship needs to be given a much higher profile in Cochrane Reviews – ideally in the abstract.  Risk of bias tools should start to take sponsorship into account and it’s surely well past time to start discounting for the effects of commercial trial funding, particularly when the magnitude of benefits are small, and the uncertainty around them large. 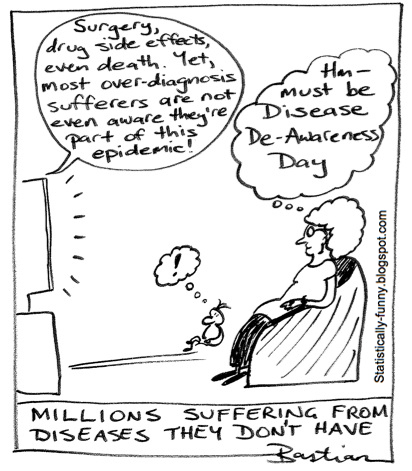 Assessments of diagnostic technologies – and systematic reviews of those assessments – need to be more sensitive to whether new tests are picking up “abnormalities” which would be better left unknown.

And ideally Cochrane Reviews can start throwing more critical scrutiny onto the disease definitions that turn more and more people into patients, as well as the interventions that are used to test and treat them.

In short there’s going to be a lot more talk this year about Preventing Overdiagnosis from Spain to South Korea.