RevMan Web is Cochrane’s online review-writing platform. It is available for use by all authors and editors of Cochrane Reviews of interventions. One benefit of RevMan Web is that it is constantly being updated with new features for making writing systematic reviews easier and more efficient. 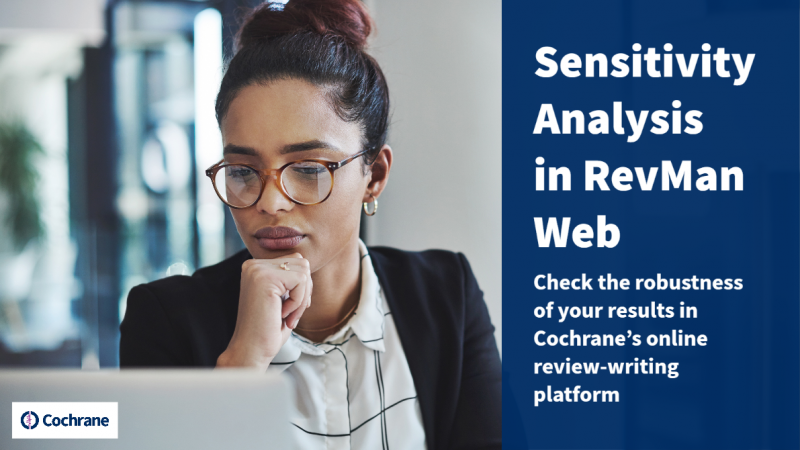 Unlike in RevMan 5, the sensitivity feature in RevMan Web is designed so that authors or editorial staff don’t need to revert the changes after completing the sensitivity analyses. Any changes made will not impact the analysis itself.

If you have any questions about the Sensitivity analysis feature, check out the RevMan Web Knowledge Base article on this topic, or contact support@cochrane.org. This and other training resources for RevMan Web are available on the RevMan training hub.

See other articles in the RevMan Web collection.