Welcome Cochrane Crowd - the next phase of Cochrane Embase 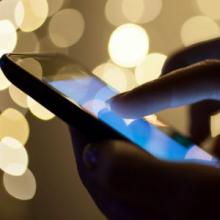 Today marks a new chapter in the Cochrane Embase project with the launch of the beta version of Cochrane Crowd. The Cochrane Embase project has been a huge success. To date, some 2,414 contributors have screened 304,499 records and identified 22,448 reports of randomized trials, with 99% sensitivity and specificity based on the latest evaluation. The project has been led from the outset by an inspiring and dedicated team.

The Embase project has helped Cochrane in many ways. The first is the most obvious: that it provided a model that enabled Cochrane to identify reports of randomized and quasi-randomized trials to feed into Cochrane’s Central Register of Controlled Trials (CENTRAL), so that they could then be appraised for inclusion in our systematic reviews.

The second successful outcome has been the way the project enabled people to contribute to Cochrane who wanted to but previously had not been able to find an accessible entry point. Over the past two years, the project team has been humbled to receive many emails from contributors thanking them for the opportunity to help Cochrane. As they are the first to say, it is the contributors we are grateful to. Without the fantastic support they have provided, as with all our contributors to Cochrane’s work, the task of brokering and synthesizing health information would be so much harder. We have been particularly pleased to note the geographic diversity of those contributing to the project, with many coming from lower- and middle-income countries.

The third benefit has been that the project has introduced new methods for handling the ‘information overload’. We have learned so much from the Embase project that went beyond the immediate task of identifying trials for CENTRAL. We learned that it is possible to take a small but vital task, and have it performed to an extremely high quality, by a community of people who may not have had any previous experience with evidence production. We learned that together we can capture, curate, and classify the evidence as it is produced and published. This is truly exciting, it means that finally, after years of struggling to keep up, we stand a chance of being able to respond quickly to important questions of clinical effectiveness.

In the future, records will come from a range of sources, some of which will be freely accessible, including those from ClinicalTrials.gov and PubMed. Some of our sources, however, are and will be proprietary databases. Within the Embase project, and now on Cochrane Crowd, we are working on records that have been sourced from Embase. Embase is owned by Elsevier, a for-profit publisher with whom our publisher Wiley has a contract that enables us to access and re-publish those records in CENTRAL. Wherever possible we will seek to share the records identified by the community, with as wide an audience as possible, within a framework that acknowledges the legal rights of database providers.

This week is an important and proud one for Cochrane, as it sees the transfer of the Embase project into the newly launched beta Cochrane Crowd platform - an environment that moves well beyond simply classifying studies from Embase to a new world of crowdsourcing as a key strategy aimed at providing entry routes into Cochrane and its work. We also expect that crowdsourcing, combined with changes in our editorial processes, and the huge investments Cochrane is making in new technology, will help us to achieve the substantial efficiency gains in review production that many, inside and outside our community, would like to see. We recognize that transparency is critical: we will ensure that no one who contributes to our work through the Cochrane Crowd platform is in any doubt about the importance of the work or the way that it is used to develop our products and services, all of which are aimed at improving health-care decision-making.

Cochrane contributors seek to promote the common good – that has been the secret of our success. As the correspondence to the team demonstrates, the Embase project has attracted individuals who otherwise have been unable to find a way to contribute to Cochrane. We celebrate the extraordinary work that the team have accomplished so far, and we welcome the next step of our journey. We hope you will join us at Cochrane Crowd

Please note that a version of this blog has been posted on the EVIDENCE-BASED HEALTH listserv.