Celebrating a new chapter in Cochrane’s next generation evidence system 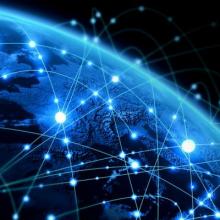 ‘It's tough to make predictions, especially about the future.’ World famous philosopher (and sometime baseball player) Yogi Berra got it spot on. We’re all constantly making judgements – large and small – about the future based on our knowledge, experience, values, and intellectual analysis, but also our ‘gut instincts’ and feelings, when we can’t know whether they will be successful, irrelevant or a failure. So it’s always pleasing when you seem to be getting something right that was very far from a ‘sure thing’ when you first decided to set your course – especially if the stakes are high.

This is why the news that Cochrane has received a grant of USD $1.15 million from the Bill & Melinda Gates Foundation to support the ongoing technological development of our ‘next generation evidence system’ is worthy of special celebration. Three years ago Cochrane’s Steering Group (CSG) agreed to invest hundreds of thousands of pounds in a multi-year Linked Data project to explore new ways that the data underpinning Cochrane evidence could be tagged, connected, and used in future to unleash much more of its value and help produce dynamic new forms of evidence. There was no guarantee of a successful outcome for Cochrane; we might be wasting our money. As if to stress the potentially fictional, starry-eyed nature of the initiative, its concept stage had been called the ‘Star Trek’ project!

A year later, in 2014, the CSG gave a further green light to another ambitious technology project. Project Transform won the CSG’s Game Changer strategic investment competition, an initiative established specifically to harness the innovation within Cochrane and identify an expensive project anticipated to have a transformative long-term impact on our work. Another £600,000 of Cochrane’s revenues is being invested on Project Transform’s development of a platform and processes that – amongst other things – allow us to harness technology and our worldwide network of contributors and supporters to deliver more efficient content production, information retrieval, and re-use of our data. One of the reasons we chose Transform as our game changer was because of the investments we were already making in the Linked Data project, and the way we thought these would complement and support each other.

Earlier this year the Australian National Health and Medical Research Council (NHMRC) awarded Transform a matching grant to the money Cochrane was investing, making it a £1 million project. This latest grant provides another £880,000 to help develop new technology, ontology, structures, machine learning, and crowd engagement to change the ways data are used in the area of child health. Cochrane’s Child Health Field and Pregnancy and Childbirth and Neonatal Review Groups will be funded over the next six months to annotate all of their Reviews and help deliver the project, which we hope will prove the concept of what we have been designing and building for the last four years.

We hope there will be more grants to come that support this work, but for the next year we’ll be focused on delivering these mission-critical technology projects. We'll also be building the new partnerships we need to help us deliver our goals of making Cochrane the ‘home of evidence’ and offering new products and services that, in addition to Cochrane Reviews, will help to sustain the organization. There is no room for complacency, and we still cannot be sure that our plans and dreams will succeed in future – after all, as Yogi said, it’s hard to predict – but Linked Data and Project Transform are wonderful examples right now of the innovation, brilliant thinking, daring, and enthusiasm of our volunteers, staff, and governance that have characterized Cochrane in the past, and continue to do so in the present.