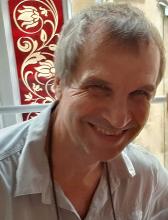 Cochrane has named seven Emeritus Coordinating Editors in 2020, celebrating their achievements and recognizing their efforts over many years of service. In this profile, we hear from Bernd Richter, who is retiring as Coordinating Editor of Cochrane Metabolic and Endocrine Disorders.

Can you tell us about yourself?

I started my medical career in 1983 as head of a human pharmacology unit of an international pharmaceutical company. I switched back to university after five years and specialised in clinical pharmacology and clinical epidemiology. I worked as a medical doctor in several departments and institutions of the Medical Faculty of the Heinrich-Heine University Duesseldorf, Germany. From 1995 on I became involved with Cochrane and was appointed to a Coordinating Editor of the Metabolic and Endocrine Disorders Group, which I governed since 2000. I was the first Senior Editor of the Cochrane Abdomen Endocrine Network.

Without infrastructure funding I managed to run our group over decades and we have never compromised on the quality of the Cochrane Reviews we published.

Strange as it may sound: when Prathap Tharyan (head of the former South Asian Cochrane Centre/Network) during the gala dinner of a Cochrane Colloquium started the dance party with singing R.E.M.’s Losing my Religion. Everybody rushed to the dance floor in a frenzy, which nicely showed that Cochranites are not only rigorous scientific folks, but also are full of vibrating energy with deep-rooted social spirits.

I sincerely hope that Cochrane never will give up on quality, which will become increasingly difficult in times where messages are thought to have to be given in one sentence. Also, new challenges with regard to the future of systematic reviews will have to be faced, like the impact of artificial intelligence and automation in general. I hope Cochrane will manage to do the splits by better information management, especially regarding constant integration of new studies in all published Cochrane reviews on the one hand, and sound but fast critical appraisal of the evidence on the other hand.

I am retiring both from Cochrane and being a MD in our university hospital. In the future I would like to focus on the area of 'clinical problem solving' which I think should be improved in medical education. Outside medicine, there will be some focus on astronomy after having bought my second telescope. If my wife and I are lucky, there are some places in the world we’d love to see again, to visit good friends and maybe discover some unknown terrain.

When asked about their Coordinating Editor, CRG members Gudrun Paletta and Maria-Inti Metzendorf recalled him saying, throughout his tenure, “It is not the number of reviews we produce that matters, but the quality.” They also recalled that one of the group's Italian authors (Roberto Cirocchi) once said when submitting his review for editorial approval: “We did our very best, but Prof. Richter can simply do it much better”.