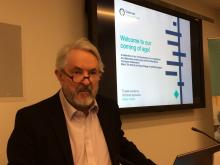 Can you tell us about yourself?

I trained as an ophthalmologist at Moorfields Eye Hospital but my interests were different from most of my colleagues. Blindness and its prevention around the world was the great challenge and I was much influenced by the then Clinical Professor Barry Jones. He had the same passion for the inequalities in eye health but at the time, most of his colleagues (in Harley Street) thought he had gone crazy. He set up a new department at the Institute of Ophthalmology called the Department of Preventive Ophthalmology, which became a WHO collaborating centre for the prevention of blindness, the International Centre for Eye Health, which is still going strong to this day {though it made a sensible move to the London School of Hygiene a Tropical Medicine in 2002). In 1986 Barry told me if I wanted to do this kind of work, I would need a masters in Epidemiology. I said I was barely numerate! But he persuaded me and with funding from the Hospital, I enrolled for a masters at the London School for ’87/’88 just after finishing my surgical training. It was the best year of my life! And of course it changed my life completely. Afterwards I took up a Lecturer’s post at ICEH but the new professor Gordon Johnson wanted me to focus on the epidemiology of eye health in the UK; research on this was very scant - an unploughed field in fact, and there was much to do. But funding was a huge challenge especially because my Ophthalmological colleagues did not see the value of such work. But in 1993, I met Ian Chalmers and his friends in Oxford and he convinced me of the importance of the work of the Cochrane Collaboration. In 1997 we registered the Cochrane Eyes and Vision Group after an amazing exploratory meeting in Montpelier where we were strongly supported by the great Allesandro Liberati and Kay Dickersin. And the rest is history. Barry knew Archie Cochrane and Fred Hollows who went on to establish one of the most successful international NGOs for the prevention of blindness was one of his greatest friends.

Establishing an extensive and almost comprehensive library of the best evidence of eye health interventions. A unique and superb resource for use by colleagues around the world. It has proved to be a powerful driver for key new trials dealing with revealed uncertainties.

So many of the Colloquia and indeed some of the smaller meetings hold great memories of when the community met and enjoyed the amazing enthusiasm and collaborative energy that was going on. Hard to select any particular one but Barcelona, Stavanger, Cape Town, Lyon all spring to mind. 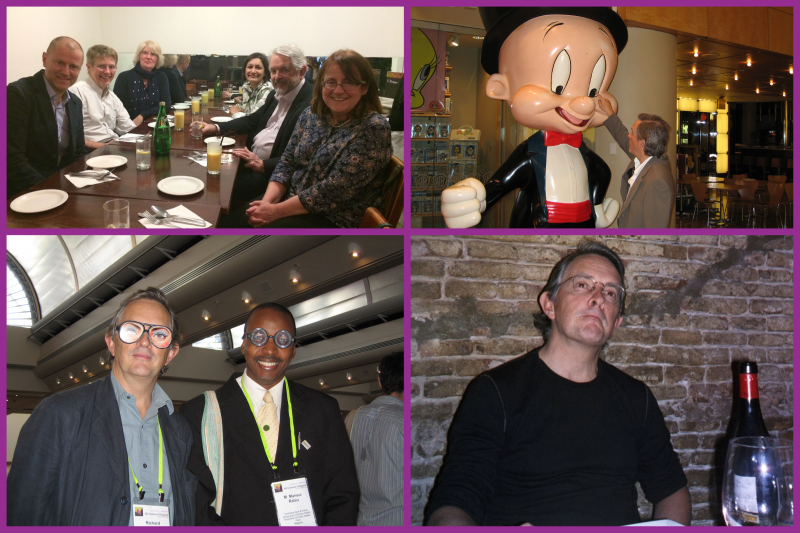 In my zone, it remains a huge challenge to get colleagues to actually understand the benefits and relevance of systematic reviews, let alone the application of the best evidence to practice. As a speciality strongly dominated by surgical practice and of course the enormously powerful market where equity is irrelevant and “Caveat Emptor” the epithet, change for the better is happening very slowly. I believe it’s the next generation or maybe even the one after that will really be able to make these changes. Evidence in practice remains a threat to those who hold the most power and authority in the speciality.

As a medical student, I spent more time painting and life drawing than in the dissecting room and library. I am longing to get back to it!

Jennifer Evans (Joint Coordinating Editor) and Anupa Shah (Managing Editor) said of Richard's leaving, "At the Battle of Trafalgar, Nelson said "Thank God, I have done my duty." Richard has done more than his duty for Cochrane Eyes and Vision. He has worked tirelessly to raise the profile of evidence-informed eye care in the ophthalmic community, engaging and encouraging his colleagues to conduct and report better studies, and use the results of systematic reviews in their clinical practice. But more than that, he has been great to work with; his warmth and good humour have truly fostered the team spirit at Cochrane Eyes and Vision."