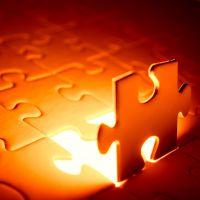 Case Study A: Question identified in partnership with a Guideline Developer

1. Context
One of the first groups we worked with was the Skin Cochrane Review Group (CRG). We liaised with this CRG to identify priority topics for a Targeted Update (TU), based on their existing relationships with guidelines developers. Following consultation with these guideline developers, the CRG returned to us and suggested a number of topics that could be suitable for a TU. It was agreed that we would proceed with three of these topics: two produced by the TU team, and one produced by the CRG.

2. Process
We agreed the questions among the CRG, guideline developers, and the TU team. We began this process by liaising with the original Cochrane Review’s author team, who informed us that they were interested in beginning the process of updating the full review, and by conducting an initial assessment of the latest version of the full Cochrane Review. The CRG completed all tasks for one of the TUs internally, with guidance from the TU team. The TU team completed all tasks for two of the TUs, with content expertise from the CRG. The process of producing and peer reviewing these documents took much longer than expected. The first drafts of all three TUs were produced and ready for peer review within four months; the peer review of these documents was completed a further two months later.

Targeted Update led by the CRG
Interventions for cutaneous sporotrichosis

4. Feedback from the Skin CRG
We asked the members of the Skin Group Editorial Team for some feedback on their experiences with the TU process, both positive and negative.

The team were pleased with the overall presentation of the final product, although they noted some areas in which improvements could still be made.

“I really liked the final product as it was easy to read in one bite. I had to check it over carefully though in order to get the messages and context right.”

“Could you have a separate section for quality assessment? I think the outcomes need stating clearly – you have to dig for them in the results and in the purple text on the 2nd page.”

“As a reader I think they are refreshingly clear and easy to understand, and the brevity is very welcome.”

One of the predominant disappointments experienced by the Skin CRG related to how long the entire process took, in comparison to what they had been told to expect.

“I was disappointed about the time lag from completion of the TUs to publication, although I understand this may be due to this being a pilot.”

“I think originally the imposition of the tight timescale made it difficult to get started as it felt we had to drop everything to get these completed within weeks. So this timescale seemed to be totally unrealistic.”

The team were also disappointed that the documents have yet to be made publically available.

“The fact that they are still not published in the public domain has completely defeated the purpose of doing them. I realise this will not be the case in the future.”

The Skin CRG were offered some monetary incentive to help complete the process. Overall, they seemed to find this a fair incentive.

“The funding seemed very fair to me. If we had that level of funding to employ systematic review help for other reviews, it would make a huge difference to us.”

We had hoped that sharing the updated searches with the group might also be a benefit for the group, but this may not have been the case.

“Not sure how valuable the search results were as we could probably handle that ourselves comfortably.”

“For me the process has been much as it would be for any other review as I have run the same searches I would have for a full review.  However, I’ve only had to run them once before publication of the finished product, rather than up to 4 or 5 times with our standard reviews, so that has felt very efficient.”

Overall, the team appreciated that, while the process may still have some issues to iron out, the overall concept is a good one that has its benefits and potential.

“As a concept of how to update a big review by concentrating on the most important points of comparison it has potential.”

“It’s been a good catalyst for teams to get going on their full updates. I also think it facilitated more team thought into the topic area than there might have been if they’d gone ahead and began the update straightaway.”

5. Feedback from you
We are very interested to know what you think about these TU documents, and the project in general. We would really appreciate it if you could take just 5 minutes to read through and answer this short list of questions. Thank you very much for your participation!