"We are both thrilled and honoured to receive the 2022 Chris Silagy Prize.  We have witnessed this prize being awarded numerous times over the past 18 years and the fact that it is given to recognise extraordinary contributions within Cochrane is a gesture which resonates with us both and is a wonderful reflection on Chris Silagy himself. Unfortunately we never had the opportunity to meet or work with Chris but one of the aspects that makes this award so special is the association our first Co-ordinating Editor, Chris Williams, had with him.  We have enjoyed hearing him share memories of the time they worked together during the very early days of the Cochrane Collaboration when our Group was established.

We have had an extraordinary journey during our years with Cochrane and it is the people who we have met and worked with during this time which has made it so.  Our close Group colleagues – Jo Morrison, Robin Grant, Mike Hart, our past Co-ordinating Editor Chris Williams, Jo Platt and Tracey Harrison as well as all our national and international friends, colleagues and author teams have made the years working with our Group so rewarding both professionally and personally.

It has been more than a job in many ways and in the true spirit of collaboration always a team effort. This honour comes at a poignant time when significant change lies ahead for our Group as well as many other CRGs so with this in mind we would like to dedicate its wonderful sentiment to all of our Cochrane colleagues.  In particular, our Managing Editor colleagues with whom we have not only shared so much regarding our day-to-day work but have also enjoyed lots of fun times together, ensuring incredibly happy memories for life.

We would also like to acknowledge Chris’ family and supporters for ensuring this important prize continues in his memory.
Thank you, once again, from both of us."

Chris Silagy (1960-2001) was the founding Director of the Australasian Cochrane Centre, a former Chair of the Cochrane Steering Group and instrumental in Cochrane's development and success. Chris was energetic, positive and inspiring. Before his death in December 2001, Chris expressed a wish for a Fund to be established, to be held by the Monash Foundation. Chris initiated this fund with his own contribution, and requested donations be made to it instead of flowers or other tributes after his death.

Chris requested that this Fund be used to recognise contributions to Cochrane in ways that are often insufficiently recognised; for example, providing administration, management, Colloquium organisation, communication and motivation - in short, the 'glue' that helps to keep Cochrane together. The establishment and perpetuation of the Prize was approved by the Steering Group in April 2002.

The Chris Silagy Prize is awarded at every Cochrane Colloquium to an individual who has made an “extraordinary” contribution to the Cochrane' s work.

The Prize consists of AU$1,000 (drawn from the Chris Silagy Memorial Fund), a certificate which includes the words 'for an extraordinary contribution to the work of The Cochrane Collaboration', and expenses associated with attending the Colloquium (to be met by Cochrane). Potential recipients of the Chris Silagy Prize are required to have:

Nominations should be sent to Sally Green (sally.green@monash.edu) with the name of the Prize in the subject heading. Nominations should include a nominator, two seconders, acceptance of nomination and a one-page supporting document supporting the nomination against the criteria. A selection panel of three individuals is appointed each year from past members of the Steering Group and its advisory committees, and the previous year's Prize recipient (if not conflicted). A governing committee oversees the Prize. 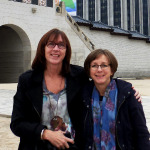 Donations to this Fund are most welcome.

Credit card donations (MasterCard, Bankcard and Visa only) can be faxed to +61 3 9905 2944.  The credit card number should be written clearly, and the fax must include the expiry date of the credit card, the name exactly as it appears on the card, and the card holder's full name and address.

Telephone donations can be made to Sara Kelly, The Development Office, Monash University, University Development and Alumni, on +61 3 9905 9957.